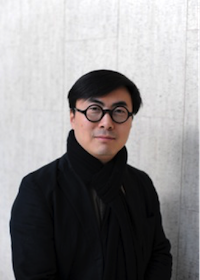 Two great inventions that opened the era of human-computer interaction design—desktop and mouse—are now disappearing. Computers are becoming smaller and smaller, smarter and smarter. Everyone is now surrounded by many visible and invisible computers, which are all highly connected through the Internet ubiquitously. A new world of artificial intelligence is emerging. When the intelligence of human-being is expanded to his/her surroundings, condensed into a new kind of Intelligent life, the relationship between human-being and the rest of the world has been redefined. How to cross the boundaries and to enable the sustainable interaction between nature (the 1st system), human-beings (the 2nd system), artificial world (the 3rd system), and the cyber world (the 4th system), becomes an interesting proposition and merits new design. But before that, it’s necessary to rethink the anthropocentric view and even design itself. The most attractive feature of design is optimistic. What makes a human being human, lies in that one is not leading a kind of life which merely has needs to be fulfilled, but can also use his/her subjective initiative to control and conduct his/her behavior for a certain common value. Today sustainability is not only a value of ethics, but a value of surviving. How to use and encourage a new kind of HCI design, to generate sustainable behaviors and social changes, further, to redesign the commensalism of the four systems mentioned above will be the main focus of my talk.

Biography: Prof. Dr. Lou Yongqi is Dean of the College of Design and Innovation at Tongji University in Shanghai. He is a full professor at Tongji, Visiting Professor at the School of Art, Design, and Architecture at Aalto University in Finland, and Visiting Professor at the School of Design of Politecnico di Milano in Italy. Lou has been the pioneer in China for design-driven innovation education that connects design, business, and technology. He advances these issues through his leadership of two institutions at Tongji University: the College of Design and Innovation, and the Sino-Finnish Centre. He also furthers this agenda through international collaboration.

Lou is a leading figure in sustainable interdisciplinary design education, research, and practice. Lou was the first designer in China to connect social innovation and sustainable design thinking with rural development. This is the subject of his latest book, Design Harvests: An Acupunctural Design Approach Toward Sustainability. Lou's design works include the United Nations Pavilion of World Expo 2010, the LiangPing New Jindai Sustainable School funded by the China-US Center for Sustainable Development, and the TsingTao Horticultural Expo 2014.

Lou is Vice President of CUMULUS, the International Association of Universities and Colleges of Art, Design, and Media. He is Founding Executive Editor of She Ji — the Journal of Design, Innovation, and Economics published by Tongji University and in cooperation with Elsevier. In 2014, the President of Finland honoured Lou with the Order of the Lion of Finland as a Knight, First Class. 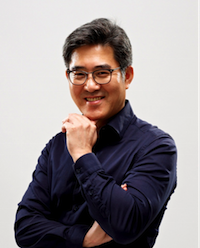 UX Design in the IoT Era

The current advancement of IoT technology has accelerated the era of hyper-connectivity in our lives. This has vastly driven convergence among different fields along with the expansion of our thoughts and behaviors. However, to provide meaningful experiences, these relational expansions and unprecedented possibilities opened up by IoT need to be founded on core human values. Furthermore, harmonious integration between technology and design is also essential. Today, I would like to talk about what must be done in order to foster the IoT as a human-centered innovation and how UX design can realize the well balanced and harmonious IoT environment.

Biography: Donghoon Chang is Executive VP, Head of Design Strategy Team and UX Center in Corporate Design Center, Samsung Electronics. Since joining Samsung in 2006, he has played a critical role in establishing the company’s design vision for the future which has gradually shifted from a focus on style and convenience to a holistic user experience design and has developed mid to long-term design strategies, including ‘Design 3.0’ which envisions design that delivers new meaning and delight to people and contributes to society by creating sustainable and innovative value.

Chang received two MFA degrees from the School of the Art Institute of Chicago (Chicago, USA) and Seoul National University (Seoul, Korea). He worked for IBM Korea and Time & Space Tech inc. as a communications specialist and art director respectively. Before joining Samsung, he was a professor at EWHA Womans University (Seoul, Korea) where he taught visual design, information design as well as user experience design. He was selected as 'the 2nd most creative people in the world' by Fast Company in 2013. 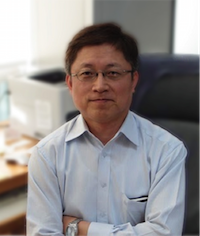 Journey to a Better Life

New technologies and devices are coming out every day along with the rapid growth of the internet and enhancement of hardware performance. These trends are connected and tangled with each other. This era of "Smart" brings us great benefits and convenience, but there are still many technical hurdles and interface obstacles to be crossed. Now we are able to access massive amount of data, but at the expense of privacy and security. How can we untie this knot? We all strive for the same goal: “to make people’s lives better,” no matter how we define our role in life. In this talk, we will present what we do in LG Electronics to address this goal within the aspects of software engineering and UX design, and also discuss what we should care about when delivering innovative products to the world.

Biography: David Min is a Senior Research Fellow at LG Electronics and is head of the Software Center. He is known for spearheading one of the most successful SmartTV platforms in the industry, providing a superior user experience and an open API for 3rd party developers.

David studied computer science and statistics at Seoul National University for BS degree and computer science at Korea Advanced Institute of Science & Technology for MS degree. After four years work at Samsung Co. as an IT system analyst, he went to the USA to enroll in the computer science PhD program at the University of Illinois at Urbana-Champaign. After finishing his advanced studies at UIUC, he worked for many years at various companies in computer, software, and consumer electronics industries, including Digital Equipment Corp. (now HP), Microsoft, Samsung Electronics. David joined LG Electronics in 2006. 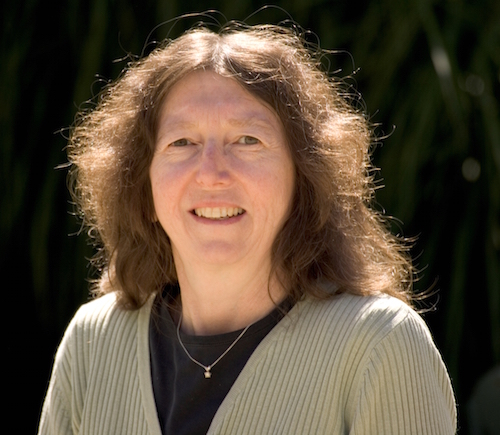 Over the last decade, the rise of web services has made it possible to gather traces of human behavior in situ at a scale and fidelity previously unimaginable. Large-scale behavioral data enables researchers and practitioners to detect adverse drug reactions and interactions, to understand how information diffuses through social networks, how people browse and search for information, how individual learning strategies are related to educational outcome, etc. Using examples from search, I will highlight how observational logs provide a rich new lens onto the diversity of searchers, tasks, and interactivity that characterize information systems today, and how experimental logs have revolutionized the way in which web-based systems are designed and evaluated. Although logs provide a great deal of information about what people are doing, they provide little insight about why they are doing so or whether they are satisfied. Complementary methods from observations, laboratory studies and panels are necessary to provide a more complete understanding of and support for search which is increasingly a core fabric of people’s everyday lives. The CHI community should lead the way in shaping best practices and policy in behavioral log studies.

Biography: Susan Dumais a Distinguished Scientist at Microsoft and Deputy Managing Director of the Microsoft Research Lab in Redmond. Prior to joining Microsoft Research, she was at Bell Labs and Bellcore, where she worked on Latent Semantic Analysis, techniques for combining search and navigation, and organizational impacts of new technology. Her current research focuses on user modeling and personalization, context and search and temporal dynamics of information. She has worked closely with several Microsoft groups (Bing, Windows Desktop Search, SharePoint, and Office Online Help) on search-related innovations. Susan has published widely in the fields of information science, human-computer interaction and cognitive science, and holds several patents on novel retrieval algorithms and interfaces. Susan is also an adjunct professor in the Information School at the University of Washington. She is Past-Chair of ACM's Special Interest Group in Information Retrieval (SIGIR), and serves on several editorial boards, technical program committees, and government panels. She was elected to the CHI Academy in 2005, an ACM Fellow in 2006, received the SIGIR Gerard Salton Award for Lifetime Achievement 2009, was elected to the National Academy of Engineering (NAE) in 2011, and received the ACM Athena Lecturer Award, and Tony Kent Strix Award in 2014. 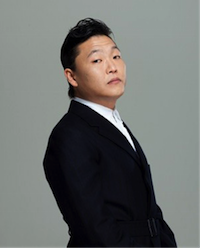 Cultural Crossing from Local to Global through Music: Technology, Media, and Future

Many people think that the global success of the song Gangnam Style has contributed to the tremendous success of the Korean Wave. Being in front of experts in technology and human interactions, I’d like to share my thinking and story about questions like the following: What was the effect of global social media such as YouTube on the global crossing of local culture? How do I plan and utilize the new way of interacting with audience across national and cultural boundaries? Reflecting on the great success of Gangnam Style, what was the main trigger to the big bang of the spread of the Korean wave? As both a musician and an entrepreneur, what do I think is the new process from the ideation of a new song to a global distribution, publicity, and performance of that song? For the creativity that can be appreciated by global audience, how do I think about the technology and media of the future, in terms of creative works? I am looking forward to sharing my experience and opinion here at CHI 2015.

Biography: Jai Sang Park, better known as PSY, is a singer-songwriter, record producer, rapper and entrepreneur. He is best known for producing the first video on YouTube to have exceeded 1 billion views. , Gangnam Style is still the most viewed video at over 2.14 billion views, breaking the software counter on the online service. His provocative and irreverent lyrics and style have led to dozens of music awards across the globe.

PSY is a recipient of Korea's Ministry of Culture’s Okgwan Order of Cultural Merit. PSY studied at Boston University and Berklee College of Music. In addition to music performances, he has given speeches at Harvard and Oxford Universities. PSY speaks about creative processes and impact of social media on our modern cross-cultural society.